last night was good. it was great really. this morning however, has reminded me that in the words of dean & britta, singing the immortal words of the velvet underground,   “i’m not a young man anymore.” it’s noon, and i’m still in bed coughing, and contemplating get up.

my friend anne called me asked me if i wanted to go to potsdam, a suburb in the outer ring of berlin, with her to go to a party that the werkhaus was throwing. [the werkhaus is an artist residency project that our friend renee works with/on. i’m not going to go into detail, because i’m not sure of the details… but anne and her husband richard are designing a dope building on the premises ] anne & renee both were exchange students in cincinnati who lived with me in a group house. happily, i’ve been seeing a bit of anne since moving to berlin, but last night was the first night i’ve seen renee since 2001. zoinks.

i impulsively said “yes” when anne asked, though i had some re-thinking as i’ve been laid out with a cold since thursday. but i thought “hey, live a little”

thus i found myself on a saturday night, in the western suburbs of berlin at dancing my a#* off till 1am to techno/regge/ska surrounded by people in pirate costumes [friend fail: anne didn’t tell me it was a pirate themed party, so we had to pay to get in.] it was really fun, and as anne pointed out, there weren’t very many young people there, so we didn’t feel old! [until i said at 1:00, i’ve gotta go. i want to be in bed by 3:00] anne and joa, her portuguese friend visiting, were still dancing hard, so i felt guilty asking to leave. but then this happened on the train ride home. and i didn’t feel bad anymore. 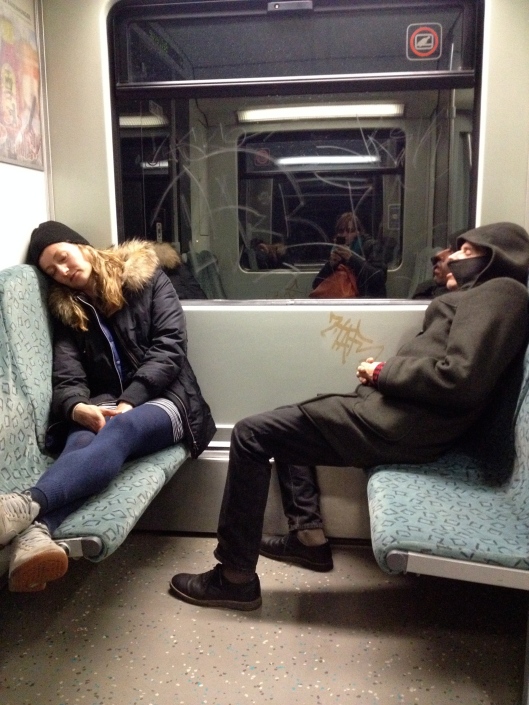 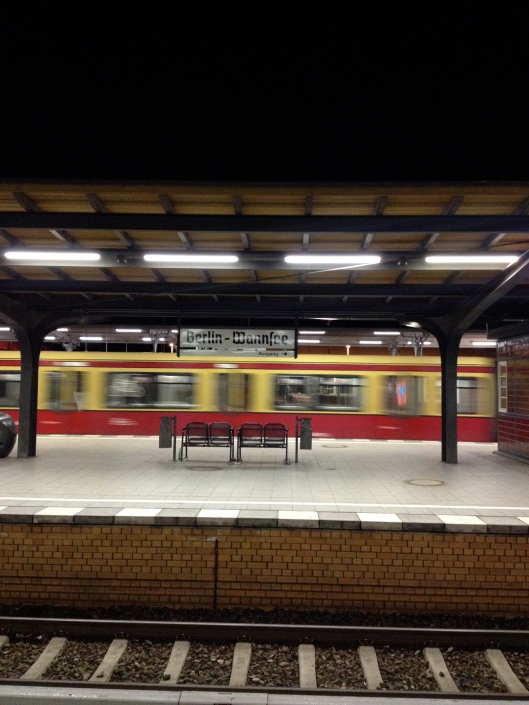 [living my “goodbye lenin” fantasy. [but holy crap, that must have been a really expensive cab ride that daniel bruhl took from east berlin to wansee, it’s a 40 minute train ride]]

but ladies and gentleman, as fun as my night was, the cab ride home was the cherry on top. i hopped into a cab at alexander platz thinking that it was a japanese woman driver. i was wrong, it was a japanese man with the most luxurious long hair i have ever seen, and it did awaken feelings of real jealousy in me. it’s a fantastically berlin thing, the minute you get into a cab, no matter what the driver was previously listening to, they turn it to a station that plays dance music. so here i am, 2:45, tired, and ready to be in bed, when my cab drivers turns the station, and the eurythmics start playing. the driver began to whistle along, so i thought, “why not?” and started to sing along. so we drove through the city, whistling, and singing, but never actually speaking to each other. it was four song cab ride.