my continental tour was lovely. too many photos, too much to tell for one posting, so i’ll break it down into places. but, recap:i met my brother, his wife and their son in budapest and continued on with them as a member of a thai tour group to prague, cesky krumlov, and vienna. good times. though there is a wee bit of sarcasm in there, it was a wonderful time. my nephew, jedi is fantastic, and i want to hang out with him everyday. if it gives anyone hope, i have discovered that nine year old boys are amazing and infuriating but that overall, they rock. they are hard to pepper with kisses though. we shared a hotel room, and even after he fell asleep, he would shoo me off his cheeks with his hands. when i complained to him about this, he said “it was my unconscious protecting me from your germs.” jerk face.

i left berlin by night train. i’ve never done such a thing, but it was a great way to travel. small, and a bit crowded, but super cool. stretching out, letting the rocking of the train lull me to sleep. i recommend it. though, pack some food. it turns out, there’s no dining car on an overnight train! what????

i arrived in budapest at 9am, so i had a few hours to kill before my brother and gang showed up.

budapest was RUDE. rude. it took me over an hour to get from the main train station to the hotel, which was a 15 minute city transit ride away. no one would help me find the actual city metro, not even the “tourist info” booth at the main train station. they claimed not to know. [it was outside the building about 10 meters to the left.] once i found it, they wouldn’t break my 1,000 Florian bill for a ticket. 1,000 Florian is about 5€. if i thought berlin had some rude people in it, i have been corrected. snap.
when i finally found the right bus to get to my hotel, i asked the bus driver if it was going the direction that i wanted, and he told me to get off the bus. scheiße. luckily another passenger looked at my map and helped me.

the fasted escalators i’ve ever been on. i actually saw two people trip as they were unceremoniously and quickly tossed onto the ground at the top

but at least they advertised delicious food. 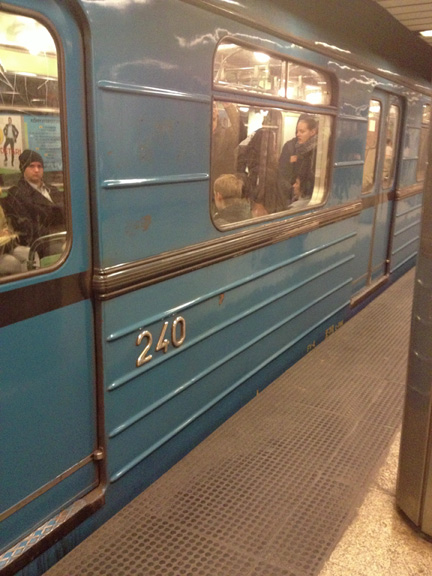 budapest pretty much has the most beautiful trains i’ve ever been on. they are OLD. still eastern block, but beautifully styled. globe lamps, leather handles, the works.

after i stashed my bags in the hotel [where the staff was very nice i should add], i struck out for lunch. and not just any lunch, but lunch from the restaurant that makes on the best soups that i’ve ever made from saveur. if you make it, you will probably try to eat your spoon.

then i wandered around a bit to kill time. it turns out that i killed a LOT of time, because even when off of airplane mode, my phone wouldn’t work in hungary, so i missed all my brother’s calls to find a meeting spot, and only saw them at night once they checked into the hotel. whawha. 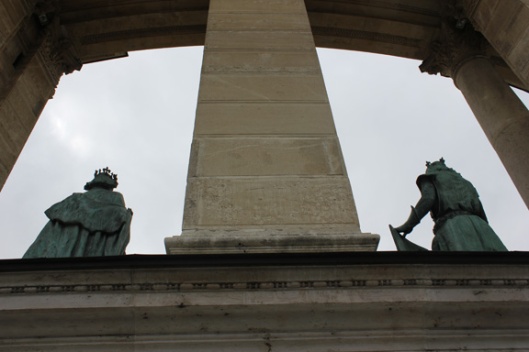 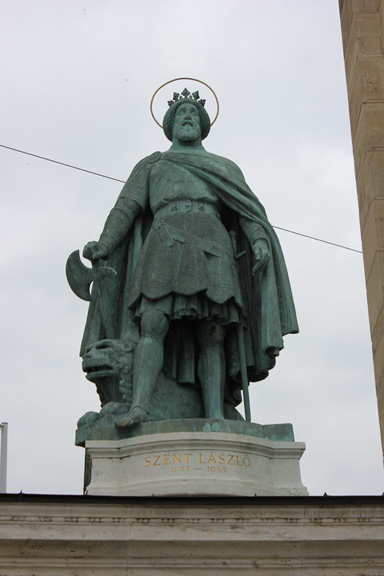 this ones for mammad! 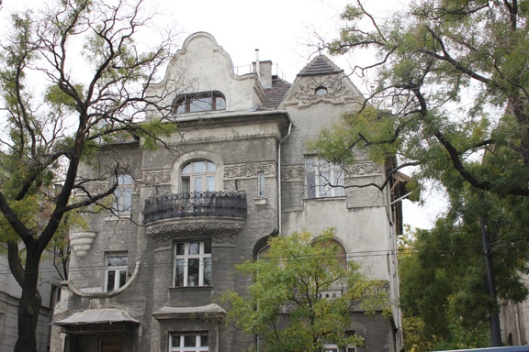 the back of the zoo. ha!

after meeting up with the fam. night, i pretty much lost control of my camera to this guy. so i was relegated to my iphone. but he took some great photos. before that though, my brother and i took a nighttime stroll to get some food and catch up as we hadn’t seen each other since my wedding.

the next morning, we loaded onto the bus and headed off to a castle on top of buda. from here on out, unless i note it, all photo were taken by one sebastian alavi, age 9. i particularly like this first one as he took my camera and shoved it under a gap in a door leading to a locked courtyard. very clever. 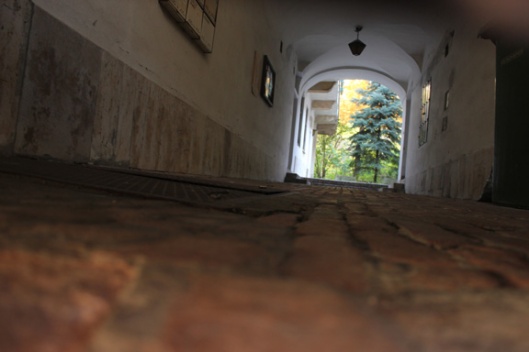 there were a lot of un-ironic trabbies in budapest. berlin has really developed and changed from the soviet controlled city that is once was. budapest seems to still be struggling to get out from under the financial weight of communism. 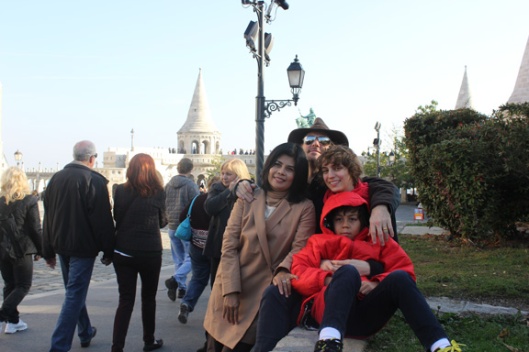 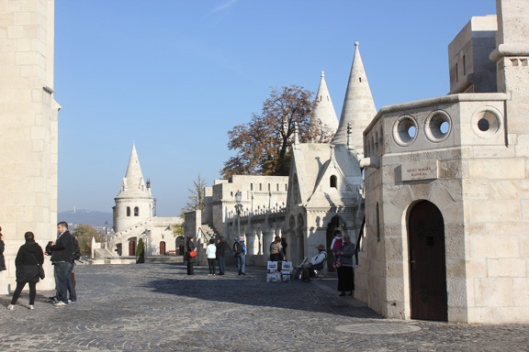 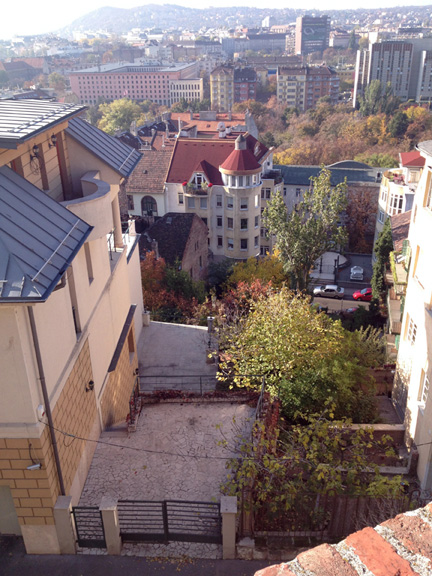 [previous five photos by me]

from the castle, back onto the bus.

from the bus, onto a boat tour along the danub

oh that? that’s just a bus. DRIVING IN THE WATER.

if you look closely, you can see a bunch of people climbing the cliff! below is the bathhouse we went to later… 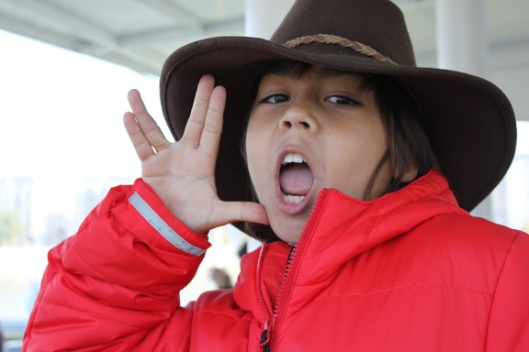 but for me, the best part was going to the turkish bath house with jason and jedi while the rest of the tour went shopping and to another church.

the most fun part thought, was the cold water bucket. it was huge, about the span of an adults arms, hanging from the ceiling in an anti-chamber of the bath room, with a thick rope hanging down from it. you stood under it, pulled the rope, and …BAM cold water dumped on your head. after which, you promptly skittered [no running jedi. no running jedi. if you don’t stop running, we’ll leave right now jedi] back into a warm bath. jedi did it 3 times, i did it once, and no i don’t care to describe the glee in jedi’s eyes when he pulled the rope on me, and my brother did it zero times. lame. it was super fun.

from the bath house, it was off to the second of ten chinese dinner buffets! and after that, off to bed. where i had to push jedi’s bed against the wall, ’cause daaaaamn, he flops something fierce and kept falling off his twin sized bed.

but the turkish baths were fun and we took a river boat tour which i liked.