we decided to go back to amsterdam and try to erase last years 22 hour layover hell from our hearts and minds. as you might imagine, i wasn’t too pleasant with 48 hours of flying freak out to get from berlin to new jersey. you might want to do the reasonable thing, and point out “hey, you were going to new jersey, why wouldn’t you be nauseated and miserable?” but, let’s not forget, and i am an air travel nuttso.

back to the present. sort of. in april, i was digging around on the olde internts trying to find us a hotel in amsterdam for our anniversary weekend. [last year we were so demoralized by our dinning out options in vermont, that we just stayed in and had gnocchi for our anniversary. this year? we would triumph.] i happened upon a consortium of hotels that were houseboats!!! dope.

so, back to the future. we hopped on a morning train on a cold and grey berlin morning, and rolled into sunny warm amsterdam in the afternoon. our houseboat was a mere five minute walk from the main train station, so we were setup in a flash. i won’t say that our houseboat was glorious, the photos were clearly taken 13 years ago before things had gotten run down, but it was clean, and pretty cool.

mostly we walked around the city. we walked for hours everyday. the weather was perfect, the people friendly, and drivers went a reasonable speed through the city streets. it was everything berlin is not. it was a wonderful five days. please note, i love berlin. it’s just not an overwhelming friendly place. it’s not rude, it’s just not nice. 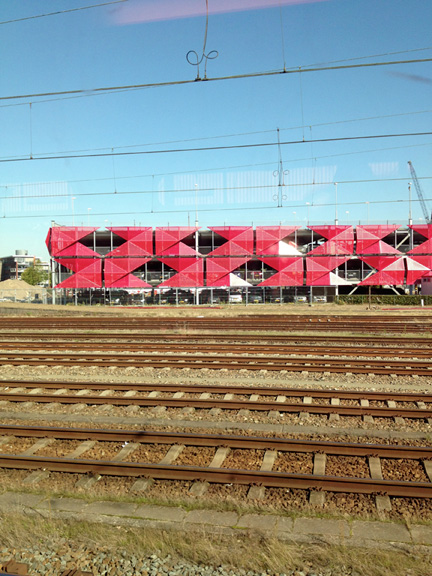 first glimpse of the netherlands!

narrowest house in the netherlands. it now houses an s&m shop.

faith in dike systems. good luck with that.

we fooooound them. only 5 outdoor tables in the whole city. phewet. berlin is cooler. 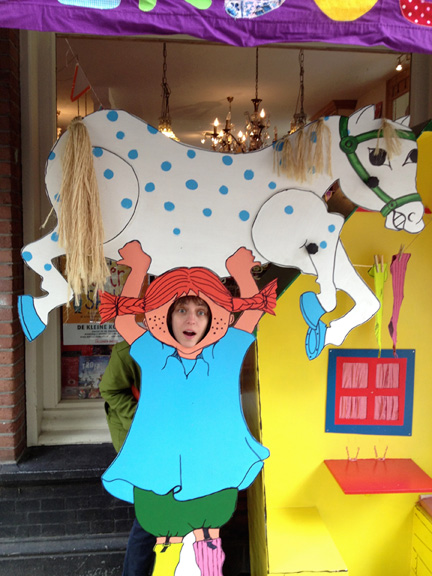 i really feel that i assimilated.

little bit of street art. nothing like in berlin though. 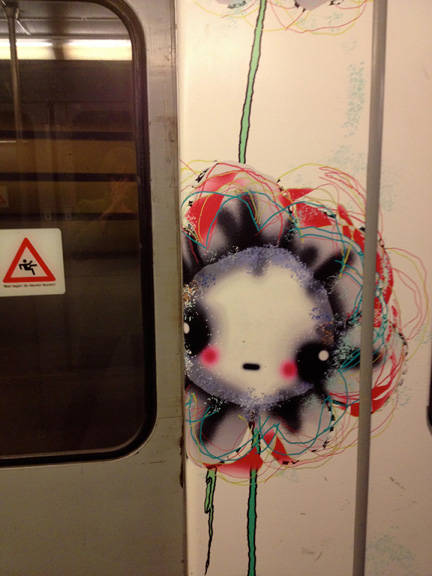 we also went to the anne frank house, which is a pretty amazing space, but you can’t take photos, so i can’t share images with you. 1 in 16 dutch jews lived through the holocaust, compared to between 1 in 4, or 1 in 6 german jews. admittedly, that is a somewhat misleading set of numbers, because half the jewish population of germany fled with the rise of the third reich, some to the netherlands. even so, 1 in 16 is an appalling number. it would seem that the dutch resistance didn’t really come into action until the german army started to conscripted dutch men into the military in the later days of the war.

of course, there were a number of people who worked against the nazi’s from the start, and there were an estimated 300,000 people in hiding who cared for by around 200,000 protectors.

mostly, i left the anne frank house astounded by the will of her father otto.

at first i laughed at the “slave free” branding. then i saw their promo video. then i cried. buy slave free chocolate. if the dutch can manage, you can manage. 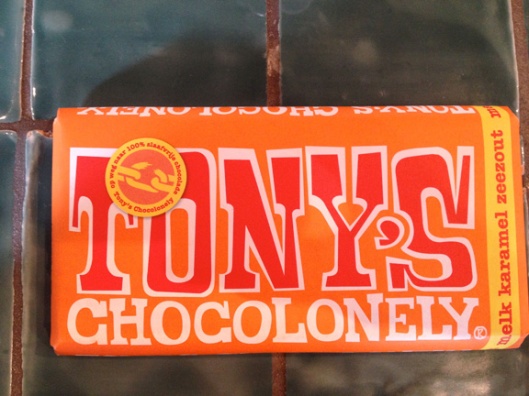 all in all, we had an amazing time in amsterdam, but i was very happy to get back to grumpy, ping pong playing, graffitied, grey and drizzling berlin. i like a city with a little bite. nur ein bißchen.